The Internet Governance Forum in Berlin - a follow-up report

This year's Internet Governance Forum under the auspices of the United Nations (IGF) stressed the importance of diversity and multi-stakeholder cooperation in addressing Internet policy issues like no other forum before. The German Informatics Society (Gesellschaft für Informatik) is ensuring more diversity of voices in the programme of the global meeting. A follow-up report.

On November 29, 2019, the 14th Global Internet Governance Forum of the United Nations (IGF) came to an end after five days of international policy exchange in Berlin. The hosts were the Federal Ministry of Economics and Energy and the Federal Foreign Office. Already at the opening on 26 November, Chancellor Angela Merkel and UN Secretary-General António Guterres called for thinking beyond national borders and for Internet governance to be seen as a cooperation between politics, business, technology and civil society. The Gesellschaft für Informatik also shaped the program in many places with its vision.

This year the GI coordinated the initiative "Youth IGF". The project brought together 100 young people under the age of 30 who are active in the field of Internet policy in more than 35 countries. Its aim was to develop a package of clear "youth demands" for policy and business and to represent them at the IGF. The demands were processed in a collaborative three-month working process within webinars with more than 100 participants. In the course of the meeting on November 24, 2019 in Berlin, 11 demands were finally agreed - these are positions on digital political questions concerning education, sustainability, fundamental rights and public goods.

Elisabeth Schauermann, project manager in the Berlin office of the GI, commented on the results of the youth in a press conference:

"We are convinced that young people, as the largest demographic group among Internet users, are entitled to appropriate participation in political processes and decisions. To  Fridays for Future or the protest around the European Union copyright reform our generation with the Youth IGF brought still another important example: Our 11 demands, which were worked out on the Youth Summit, show again, how informed and legitimate the youth are in diverse sociopolitical questions."

During the five days Internet Governace forum the results of the youth were presented in numerous formats and encountered much interest. In the further process the German youth purposefully looked for the discussion with delegates from the German parliament. Concretely Jens Zimmermann (SPD), Anke Domscheit mountain (party-less, part of the parliamentary group the LEFT) and Dieter Janecek (the GREENS) presented themselves to the dialogue. In a bilateral exchange with Vint Cerf (Google Head Evangelist) and the delegation of the European Parliament, the international leadership level was also addressed.

In addition to promoting youth participation, the GI has been involved in many ways during the IGF. Among others, the "Sustainability Corner" of the Federal Ministry of Economics and Energy became a discussion forum around the core topics and projects of the GI, which were presented to a global audience:

The study on algorithmic decisions by the GI's Legal Informatics Section was presented by the authors Matthias Grabmair (SINC), Bernhard Walt (BMW) and Christoph Sorge (Saarland University).
The GI's Digital Education Charter, which provides a classification for education in digitisation, was discussed with Beth Havinga (Alliance for Education), Jenna Fung (DotAsia) and Veronica Stefan (Digital Citizens Romania).
Also the 10 future questions from the GI project #KI50 and the findings of the Turing-Bus project have enriched the program of this year's IGF.

This IGF was characterised like no other by a strong civil society and especially by a large number of young people who were very actively involved. With technical expertise, political and civil society networking and formats for participation in 2019, the Gesellschaft für Informatik has set a starting point for helping to shape future forums in the context of Internet governance. The IGF 2020 will take place in Katowice (Poland). It is also planned to continue the presence of the GI in the neighbouring country. 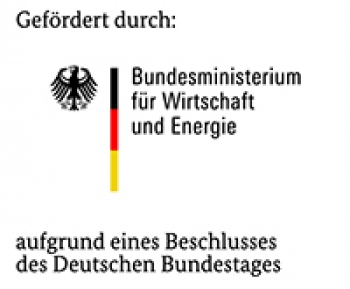